From 16 to 17 October, the Premier Portfolio Committee conducted oversight visits to various youth empowerment business enterprises funded by the KZN Youth Economic Empowerment Fund which is in the Office of the Premier.

The Youth Economic Empowerment Fund has a budget of 50 million in this financial year and aims to fund more businesses owned and operated by the youth throughout KZN. The projects that have been visited during the two days, benefited from the Fund to the tune of 2 million each.

The Committee visited various youth owned businesses in Umkhanyakude, King Cetshwayo and Amajuba Districts that have benefited from the fund. The businesses that were visited includes Elamawele Logistics which is run by two young males based in Mtubatuba. The company is contracted to Thendele Colliery to transport coal to various destinations such as Richards bay (Transnet/Grindrod), Mpumalanga province and other areas.

The committee also visited the company based in Dlangubo in Empangeni which is involved in farming vegetables. Gelanison currently uses an open-field system while they await the configuration of their ten greenhouse tunnels earmarked for the intensive system that allows the farmers to produce a high yield of product in the smallest possible space and probably shortest possible period.

Other business ventures visited included RPSM Chirwa based in Esikhawini which deals with recycling to combat climate change and unemployment. The following day, the committee visited MSI Empire group based in Newcastle which specializes in coal exploration. The company plans to venture into a value chain project with a company known as South African Calcium Carbide, a company that uses coal to produce high-grade calcium carbide. The last visit went to Khumalo Aggregate owned by a youth male who runs a rock mining operation outside Newcastle town.

This is in line with the Committee’s oversight responsibility to monitor the effectiveness of various programmes of the Premier’s Office especially those that are targeted at youth development and empowerment. 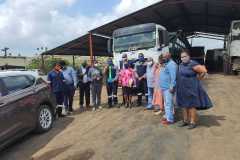 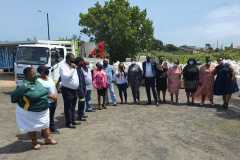 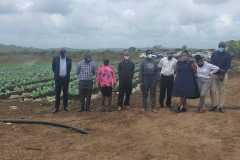 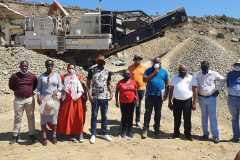 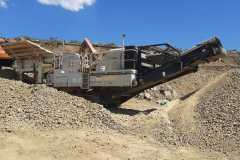 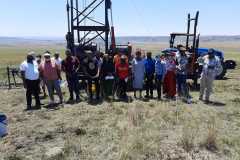 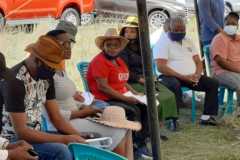