This week KZN MPLs are conducting oversight visits throughout the province to assess whether teaching and learning is taking place in a safe and conducive environment in public schools across the province.

The visits are taking place amid the deadly second wave of the Covid-19 pandemic which forced the government to delay the opening of schools for more than a month.

The visits, which enter the second day, have so far discovered that, most public schools have opened in a safe and conducive environment where teaching and learning is taking place smoothly.

Members are interacting with various stakeholders including teacher unions, department official, school governing bodies and members of the community to get their views on the challenges that are experienced by schools since the academic year officially started on February 15.

A comprehensive report on these oversight visits will be compiled and presented to the Speaker which will finally be debated in the House by all political parties represented in the Legislature. This forms part of the oversight processes of the Legislature to ensure the delivery of quality education in our province. 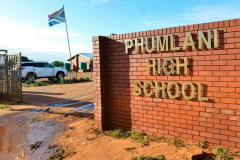 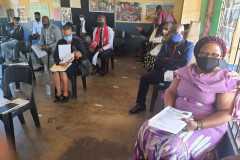 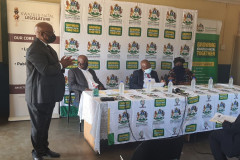 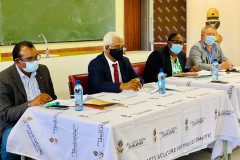 KWAZULU-NATAL LEGISLATURE MOURNS THE UNTIMELY DEATH OF ITS MEMBER AND MEMBER OF THE EXECUTIVE MEC, MR BHEKUYISE MUNTUKAYISE NTULI

Yesterday , 16 January 2021 we learned with deep shock the news of the untimely passing of KwaZulu-Natal Legislature Member, Mr Bhekuyise Muntukayise Ntuli. He passed away at a Durban hospital yesterday evening due to COVID-19 related complications. He had been unwell for some time.

Affectionately known by his clan name “Mphemba”, served as a member of National Parliament of South Africa from 1999 to 2003 before joining the KwaZulu-Natal Legislature during the 4th term where he served as a member of the Transport Portfolio Committee and Chairperson of the Community Safety and Liaison Portfolio Committee. Mr Ntuli was sworn in to the position of MEC in September 2019. Throughout his life in politics, he has been a humble, loyal, dedicated, hard-working and exemplary servant of the people of KwaZulu-Natal.

He was a seasoned politician and a union activist. He held Primary Teachers Certificate from eMadadeni College; a degree in Management from UCT Graduate School of Business; a Certificate in Leadership from Wits University; and Post–graduate Diploma in Research, Strategic Diplomacy and Transitional Justice from University of Johannesburg.

Mr Ntuli’s rare qualities of being a peacemaker even under difficult circumstances earned him respect among his peers. This is not surprising because throughout his life, he performed extraordinary deeds in various structures and domains he served in.

In recognising his leadership qualities, his organisation, the ANC, elected him to serve as the Chairperson of the ANC in the Musa Dladla Region for more than 15 years. He served for more than 20 years as a member and leader of the ANC sub–committee on Peace and Stability.
Despite his tasks and responsibilities being complex and sensitive in nature, he tackled them with calmness. Passionate for peace in the province he had begun to implement a number of programmes that were aimed at reversing the tide of Gender-Based Violence, Taxi Violence, and reducing the carnage on the province’s roads. He has consistently displayed exceptional leadership and wisdom, with his passing, our legislature and indeed the entire country has lost an upright leader, a deep thinker, and a true servant of the people. We pray for comfort in this hour of grief.

On behalf of the legislature community, I would like to extend our deepest sympathies to the Ntuli family, his friends, the people of KwaZulu-Natal and the organisation he represented in the Legislature, the African National Congress. May his revolutionary soul rest in peace. 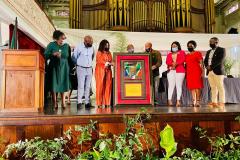 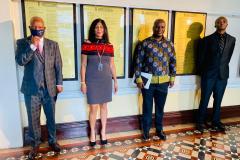 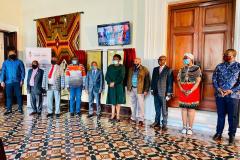 RE: KZN LEGISLATURE’S AGRICULTURE PORTFOLIO COMMITTEE CALLS ON FARMING COMMUNITIES TO BE VIGILANT AGAINST BRUCELLA BACTERIA

KwaZulu-Natal Legislature’s Portfolio Committee on Agriculture and Rural Development has warned communities living in areas where there has been an outbreak of brucella bacteria to be vigilant when dealing with suspicious animals.

Brucellosis is primarily a cattle disease but may affect most other mammals, including humans. Humans who are at risk of contracting the disease are people who work with animals such veterinarians, farmers, farm workers and abattoir employees.

The Portfolio Committee has noted the intervention of the provincial department of Agriculture and Rural Development which has embarked on a campaign to vaccinate animals in affected districts and educate communities affected by the bacteria.

“Agriculture has been identified as a key driver in ensuring food security and radical economic development in the province. We need to work together to deal with anything which seeks to threaten our agricultural potential such as the Brucella bacteria. We urge our communities to co-operate with departmental officials and attend information sharing sessions so that they understand the bacteria and know how to identify its symptoms,” said Committee Chairperson Honourable Ntombikayise Sibhidla-Saphetha.

The portfolio committee will monitor the department’s intervention strategies as part of its oversight exercise on the department.

The committee also sends out its deepest sympathies to the farmers who have lost their livestock.
“We understand that most farmers are dependent on this livestock for their livelihood. It is for this reason that we appeal to the farmers to co-operate with the Department of Agriculture and Rural Development so that they will be familiar with protocols to be followed to minimise the impact of this outbreak,’ said Sibhidla-Saphetha.

Ends
Issued by the Chairperson of the Portfolio Committee on Agriculture and Rural Development Hon NN Sibhidla-Saphetha Cell No: 0833013622.
For media inquiries please contact Committee Media Officer Wonder Hlongwa at 0829083532 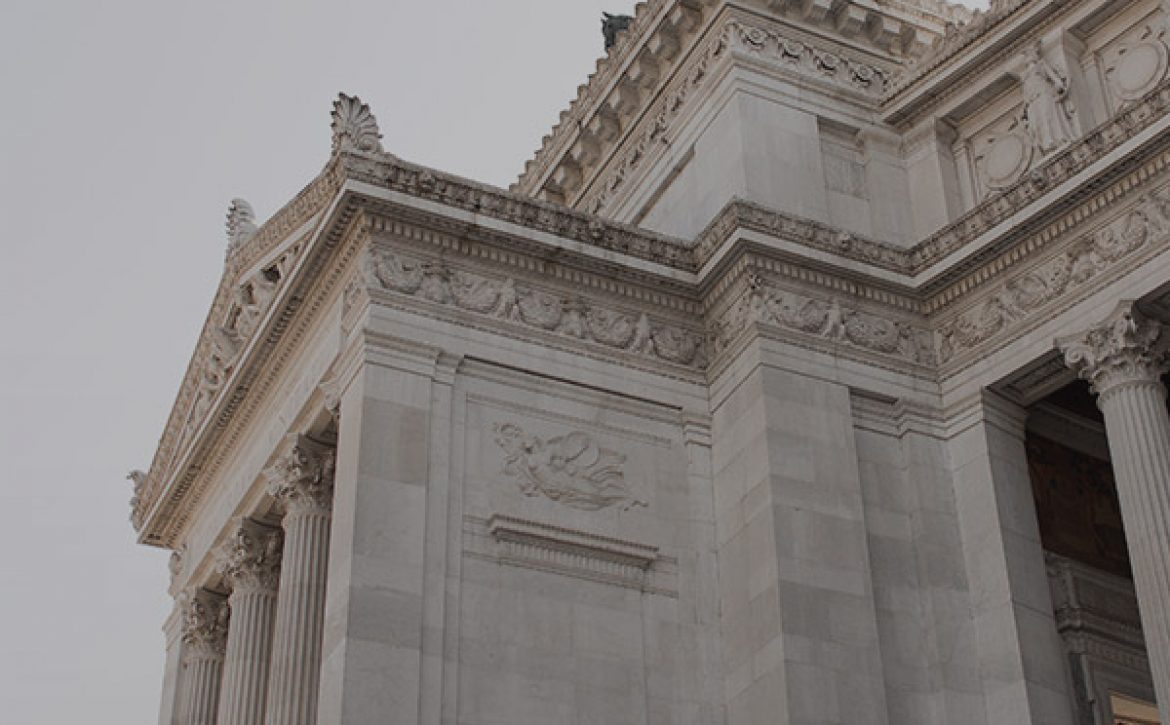 Today, 7 November 2020 we woke up to the heart-rending news of the untimely passing of KwaZulu-Natal Legislature Deputy Speaker, Mr Mluleki Ndobe. He passed away at his Durban home yesterday evening. He had been unwell for some time.

With his passing, our legislature and indeed the entire country has lost an upright leader, a deep thinker, and a true servant of the people. In this hour of grief, we find comfort in knowing that Mr Ndobe leaves behind a rich legacy for all of us to emulate.

Mr Ndobe, a teacher by profession, joined the legislature at the beginning of the 6th term in 2019 after having successfully served as the Mayor of Harry District Municipality.

Because of his outstanding leadership traits, it did not take long for Mr Ndobe to fully grasp every facet of the legislative sector. His rare qualities earned him tremendous respect among his peers.

In recognising his leadership qualities, his organisation, the ANC, elected him to serve as the ANC Regional Chairperson in Harry Gwala region and later as the ANC Provincial Deputy Secretary.

At the time of his death, he was a member of the crucial ANC Provincial Working Committee. His colleagues at the legislature also saw it fit to make him the institution’s second in command.

Ndobe belonged to the generation of leaders who dedicated their lives to serving the people with distinction. That is why he continued to offer his services to the people of KwaZulu-Natal even during the time when he was ill.

He will be missed for his ability to unite members of the legislature across the political spectrum towards a common goal.
He will also be remembered for his love for education. After obtaining his education degree, he continued to broaden his horizons and received an MBA at Mancosa. He was reading towards his doctorate at the University of KwaZulu-Natal.

Mr Ndobe also represented the KwaZulu-Natal Legislature in the legislative sector’s Pension Fund Board where he also served as the Deputy Chairperson. His duties in the legislature included capacity building, members affairs and discipline.

On behalf of the legislature community, I would like to extend our deepest sympathies to the Ndobe family, his friends and the organisation he represented in the legislature. May his revolutionary soul rest in peace.

Details of the funeral will be communicated after the legislature has engaged with the family.