There has been a growing number of Senior Citizens killings in Mkhanyakude on allegations of witchcraft. This has triggered a swift intervention of government to conduct awareness campaigns in this district in order to teach people about dementia and its associated symptoms. This disease is common to elderly people. In most cases it is associated with sleepwalking, state of automatism and forgetfulness.

There has been reported cases of possible dementia especially in Jozini and Ubombo where Senior citizens have been killed for alleged witchcraft.

On the 16 March 2022, the Standing Committee on Quality of Life in the KZN Legislature, under the leadership of Hon. Phumzile Mbatha-Cele, held a public meeting in Khonya Hall at Jozini to discuss the issue of the killings of the senior citizens for alledged witchcraft. Accompanied by Social Development, SAPS and Department of Health the committee engaged the community about dementia and its symptoms in order to ascertain the level of understanding amongst the people of this area, where there is a high concentration of such senseless killings. Committee held that young are amongst those who needs thorough education on dementia. A big chunk of this killings is caused particularly by lack of understanding of how vulnerable our elders are to this kind of disease and its related symptoms. Young people are regarded as active participants of crimes directed to old people possibly suffering from dementia.

After thorough deliberations from all stakeholders including the community, the committee resolved that:

SAPS must establish a unit that will focus on handling all cases involving older persons.
Government must abolish the means test so that Senior Citizens be treated equally.
The Department of Social Development in partnership with other stakeholders must initiate a process of building at least one old age home per District. Alternatively build service centres that can assist in implementing active aging programmes for older persons.
The Department of Justice must speed up the processes of cases involving older persons (as most elders tend to forget the sequence of event quickly which might be necessary for court proceedings) 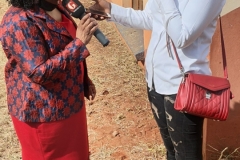 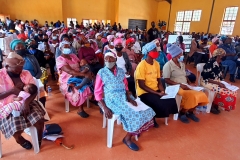