The National Association of Public Accounts Committees (APAC) will from the 15th to 17th August 2022 convene its Annual Conference and Annual General Meeting under the theme “Enhanced Oversight for Ethical Public Financial Management and Accountability to Grow South Africa Together”.

Established in 1997, APAC is an association of the Standing Committee on Public Accounts (SCOPA) of National Parliament and similar public accounts committees of the nine provincial legislatures in South Africa.

The Association was formed with the objective of improving the quality of oversight on public financial management and accountability of the legislatures and government in the country. It performs this by empowering the public accounts committees and by building the capacity of their individual members.

APAC supports public accounts committees with mechanism to hold public institutions accountable if they do not comply with the relevant laws and other regulations. With the hosting of this conference, APAC seeks to facilitate exchange of information and best practices, and to discuss issues of mutual concern.
The Conference and AGM will be addressed by representatives of the National Speakers Forum, the Auditor-General of South Africa and the Acting Deputy Public Protector.

Delegates will deliberate on topics for debate during breakaway sessions on the first of conference. On the 16th, the conference will focus on presentations of discussions emanating from the caucus groups. And finally, on the 17th APAC will convene its Annual General Meeting (AGM) to communicate key decisions of the Association.

ISSUED ON BEHALF OF THE GENERERAL SECRETARY OF THE ASSOCIATION OF PUBLIC ACCOUNTS COMMITTEE, HONOURABLE SOCHAYILE KHANYILE.

ISSUED BY THE OFFICE OF THE GENERAL SECRETARY OF APAC

The first woman to be a Premier in KZN was sworn in during a special sitting held in Mpofana Municipality today.

‘As she enters the Office of the Premier, I want to extend my very best wishes for success to her and her Executive Council” Said Boyce

Boyce said Dube-Ncube’s appointment was iconic as she becomes the first woman to be a Premier following the 8 male Premiers before her and also because it happens during the time when the country was still celebrating women’s months.

“She is a seasoned leaders, having led both in the local sphere and the provincial sphere of governments. All of us as women look.up to her with great expectations for her to take the province to new heights ” added Boyce.

“As the Legislature we wish to thank the former premier, Hon Sihle Zikalala for the work he has done for the Province of KwaZulu-Natal and we wish him well in his future endeavours” Boyce said

Members of the Social Development Portfolio Committee visited the state of the art Wentworth Youth Development Centre and were impressed with the upkeep of the facilities and buildings.
The Centre offers skills development in catering, decor, electricity, fashion designing and sewing.
Members of the Committee were excited that the institution has a program in place to secure employment for those who qualify and provides entrepreneurship training for others to start their own businesses. #kznmpls 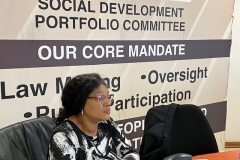 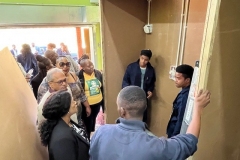 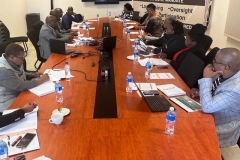 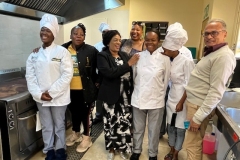 Members of the KZN Legislature are deployed throughout the Harry Gwala district on 22 & 23 June 2022 to hold meetings with communities and listen to their service delivery challenges.

MPLs will also visit development projects that are funded by the provincial government and the district and local municipalities to monitor their effectiveness in communities where these projects are located.

These visits are in preparation of the Taking Legislature to the People which is set to sit in the Harry Gwala district within the next few months.

The Multi-Party visits focus on tracking progress made in the implementation of the National Development Plan (NDP) in the district such as the province’s contribution through its Provincial Growth Development Plan and Mid-term Strategic Framework (MTSF).

Members will also engage communities on the challenges they are facing as far development is concerned and what has been the response of the provincial government departments and local municipalities. 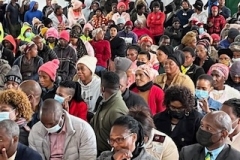 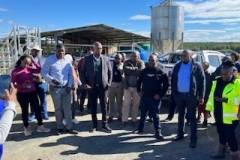 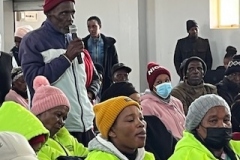 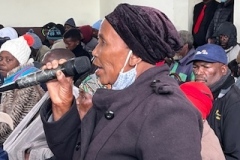 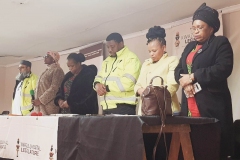 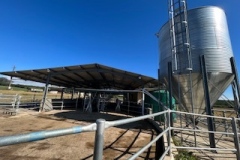 Members of the KZN Legislature will be deployed throughout the Harry Gwala district from tomorrow (23/06/2022) to hold various meetings with communities and listen to their service delivery challenges. They will also visit development projects that are funded by the provincial government and the district and local municipalities to monitor their effectiveness in communities where these projects are located.
These visits are in preparation of the Taking Legislature to the People which is set to sit in the Harry Gwala district in the next few months.
The Multi-Party visits will focus on tracking progress made in the implementation of the National Development Plan (NDP) in the district such as the province’s contribution through its Provincial Growth Development Plan and Mid-term Strategic Framework (MTSF).
Members will also engage communities on the challenges they are facing as far development is concerned and what has been the response of the provincial government departments and local municipalities.
Deployment of the Multiparty delegation in all four municipalities of the district is attached.
Members of the media are invited to attend and report on these accordingly.
Please see the attached deployment list.

TO: ALL MEDIA
SUBJECT:  KZN LEGISLATURE TO HOLD THE 2022 WORKERS’ PARLIAMENT

From the 27 to 28 May 2022, the Legislature will hold its annual Workers’ Parliament in King Cetshwayo District, eSikhaleni township at kwaHlanganani Hall from 10am on both days. The three Federations, COSATU, FEDUSA and NACTU will participate in the Workers’ Parliament where they will engage government on various issues affecting the working class.

Some of these engagements include strategies to launch CCMA cases for non-unionized workers, fast tracking of the Pension Fund amendments to allow workers access to their pension funds, skilling of the workers for the 4th Industrial Revolution, update on Temporary Employer/ Employee Relief Scheme, National Labour Migration Policy and the Inspection of Programmes of the of the Department of Employment and Labour.

The 2022 Workers’ Parliament is held under the theme, “Uniting Workers to Defend Collective Bargaining and Jobs Whilst Advancing Improved Labour Laws”. Through this theme workers will be focusing on improving working conditions in all sectors of employment and defending what workers view as a threat to collective bargaining.

Media is invited to attend and cover the event.

Today, the 25th May 2022, the KwaZulu-Natal Legislature commemorates Africa Day which marks the birth of the Organisation of African Unity (OAU) which was founded on 25 May 1963 in Addis Ababa Ethiopia to free the continent from the bondage of colonialism and to forge the unity and solidarity amongst African states. The OAU is a predecessor of the now African Union (AU).

As part of commemorating this important day, the KZN Legislature will be holding the inaugural Africa Day Webinar to be addressed by a panel of eminent speakers and presenters under the theme ‘’Strengthening resilience in Nutrition and Food Security on the African Continent: Strengthening Agro-Food systems, Health and Social Protection Systems for the Acceleration of Human, Social and Economic Capital Development”

The webinar will start at 16h00 to 18h00. It will be streamed on the following platforms.

Legislature Sitting Programme – May To June 2022

KZN EDUCATION PORTFOLIO COMMITTEE MOURNS THE PASSING ON OF LEARNERS

KZN Education Portfolio Committee mourns the passing on of learners

The Education Portfolio Committee expresses its sincere condolences to the families of learners who have passed on due to the recent floods in KwaZulu-Natal Natal. “We were witnesses to severe destruction of school infrastructure and with that came the shock of learning that we have lost a number of learners across the province.” Hon Sifiso Sonjica the Chairperson of the Portfolio Committee speaking on behalf of the Committee continues; “we send our deepest condolences to all affected families and learners, and share the pain these families are feeling.  The committee acknowledges the work that has been done by government and the department so far, we call on the department to continue to do all it can to assist affected schools and learners with physiological help amongst other things. It is in times like these that we expect maximum benefit from various existing private and public sector partnerships as we seek to rebuild our schools, and so we call on all good corporate citizens to lend a hand as we face such difficult times”.

Amongst the many learners the province has lost are; Sibongukuhle Ncanana in King Cetshwayo, and Azokuhle Zama Grade 4 and Grade 6 respectively both from Overport Primary School in Durban “We are very saddened by losing such young lives”. The committee will be visiting some of the affected schools and families following the legislature program where MPLs will visit affected communities in various district today and tomorrow, 22 April.

Members of the Provincial Legislature will be deployed to the five districts that were affected by the recent floods which wreaked havoc in the province leading to the declaration of the State of National Disaster by President Cyril Ramaphosa on Monday.

Honourable Speaker Nontembeko Boyce said Members will be deployed to these districts to conduct oversight to ensure that what was being reported to the legislature was indeed happening in the ground.

The legislature is mandated by the Constitution to make laws, encourage public participation and exercise oversight over the provincial government departments and its entities.

Tomorrow, immediately after the Provincial Prayer Day, Members of the Provincial Legislature will visit various wards in Ethekwini Metro to assess the damage and engage all stakeholders. On Friday Members will visit the districts of Ilembe, Ugu, Uthukela, King Cetshwayo and Umgungungndlovu.

“The devastation in Ethekwini could have been so well reported because it is a Metro and has access to members of the media but we do not have the full picture of what exactly happened to the other districts,” she said.

She was speaking in a special sitting called for the Honourable Members to debate the Executive statement delivered by Premier Sihle Zikalala on Wednesday where Members from all political parties expressed shock at the level of destruction caused by last week’s rains.

Members also welcomed the declaration of the State of National Disaster saying they will ensure that the funds which will be released to fix infrastructure and respond to human sufferings caused by the rains will be properly spent.

Minority Front’s Thakur Rajbansi and Economic Freedom Fighters’ Vusi Khoza called for the establishment of a multi-party committee to oversee the expenditure of the funds which will be earmarked for the disaster.

Other political parties such as Democratic Alliance condemned the conduct of the ruling party saying its’ activities were un co-ordinated and compromised by factionalism that has engulfed the ANC in KwaZulu-Natal.

Democratic Alliance leader Francois Rodgers said the recently elected ANC faction in Ethekwini has taken over the co-ordination of the activities relating to the disaster in the metro effectively side-lining the mayor and the metro.

Rodgers also took a swipe at Zikalala for allegedly having a water tank delivering water to his private residence in La Mercy. But Zikalala hit back saying he had been approached by the community and he called a meeting with representatives of the provincial government and Ethekwini Metro.

“The community approached me to assist and they did that because the Democratic Alliance councillor in that ward who is supposed to be helping them is nowhere to be seen. Maybe he is staying in some leafy suburbs with all amenities,” said Zikalala.

Leader of the Official Opposition Velenkosini Hlabisa warned against corruption and theft of resources earmarked for the desperate communities.

He said there is so much “trust deficit” that the billions of rands deployed as relief measures will not be received with gratitude but will be received with cynicism because the public think that those in power, together with their friends, will steal the money.

“Trust deficit on government is a measure challenge that we face as a country,” said Hlabisa.