From 27 -29 October 2020, various delegations of Members of the KwaZulu-Natal Legislature and KwaZulu-Natal Permanent Delegates to the National Council of Provinces (NCOP) conducted oversight visits to all municipalities in KZN to assess the functionality of war-rooms as coordinating centres of service delivery at a local level.

War-rooms are a vehicle that coordinates and facilitates integrated service delivery at a ward level and provide quick responses to dire needs for services to communities. They profile households in their wards and the level of service delivery per household, with specific reference to the eradication of poverty and the general improvement of the quality of life.

This week Members of the Legislature and NCOP Permanent Delegates visited the war-rooms to assess their functionality, with special focus on the participation and the role played by key stakeholders such as provincial and national   departments of Social Development, Education, Health, Transport, Human Settlement, SAPS, Agriculture, COGTA, SASSA, Home Affairs, District and Local Municipalities, Councillors, Amakhosi as well as local community structures such as ward committees.

The visits to war rooms have identified a number of challenges that hinder the effective functioning of the war rooms at a ward level in various municipalities. Some of the challenges include lack of participation and attendance of war room meetings by some departments, lack of resources in war rooms such as furniture and computers, lack of participation by community structures, rising social ills such as drug abuse and teenage pregnancy in schools, provision of water and housing. 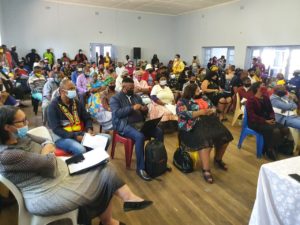 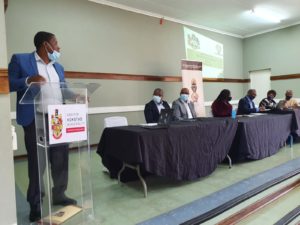